Tomorrow you are going to read 3 deep chapters.  I wanted to carve out the first 19 verses as a pre-read.  Listen, I don’t care if you signed up on January 1 and you haven’t started yet, I want you to read this chapter. Years ago,  I read this and I met up with a woman later that day.   I said (with astonishment)  “Did you know that Genesis 22 is a foreshadow of the Gospel??” I do love this woman, but she had been marinating in christian circles all her life (and did not know that I was from New Jersey…HA!…not much marinating in that State)  and she said “Well, of course I do….everyone knows that”.  NO, I didn’t know that!!

I never want to assume “everyone knows that”…Chapter 22:1-19

Some time later God tested Abraham. He said to him, “Abraham!”

2 Then God said, “Take your son, your only son, whom you love—Isaac—and go to the region of Moriah. Sacrifice him there as a burnt offering on a mountain I will show you.”

3 Early the next morning Abraham got up and loaded his donkey. He took with him two of his servants and his son Isaac. When he had cut enough wood for the burnt offering, he set out for the place God had told him about. 4 On the third day Abraham looked up and saw the place in the distance. 5 He said to his servants, “Stay here with the donkey while I and the boy go over there. We will worship and then we will come back to you.”

6 Abraham took the wood for the burnt offering and placed it on his son Isaac, and he himself carried the fire and the knife. As the two of them went on together, 7 Isaac spoke up and said to his father Abraham, “Father?”

“The fire and wood are here,” Isaac said, “but where is the lamb for the burnt offering?”

8 Abraham answered, “God himself will provide the lamb for the burnt offering, my son.” And the two of them went on together.

9 When they reached the place God had told him about, Abraham built an altar there and arranged the wood on it. He bound his son Isaac and laid him on the altar, on top of the wood. 10 Then he reached out his hand and took the knife to slay his son. 11 But the angel of the Lord called out to him from heaven, “Abraham! Abraham!”

12 “Do not lay a hand on the boy,” he said. “Do not do anything to him. Now I know that you fear God, because you have not withheld from me your son, your only son.”

13 Abraham looked up and there in a thicket he saw a ram[a] caught by its horns. He went over and took the ram and sacrificed it as a burnt offering instead of his son. 14 So Abraham called that place The Lord Will Provide. And to this day it is said, “On the mountain of the Lord it will be provided.”

15 The angel of the Lord called to Abraham from heaven a second time 16 and said, “I swear by myself, declares the Lord, that because you have done this and have not withheld your son, your only son, 17 I will surely bless you and make your descendants as numerous as the stars in the sky and as the sand on the seashore. Your descendants will take possession of the cities of their enemies, 18 and through your offspring all nations on earth will be blessed,[c] because you have obeyed me.”

19 Then Abraham returned to his servants, and they set off together for Beersheba. And Abraham stayed in Beersheba.

We will dig in tomorrow.

Click here for reading: Sodom and Gomorrah, Abimelek, The Birth of Isaac

Chapter 19: So when you hear the words:The Bible story of Sodom and Gommorah what comes to mind?   I can only imagine!!  But if we read chapter 9 looking at it from God’s perspective does that change the view?   Yes. Let’s start with the New Testament:

6 if he condemned the cities of Sodom and Gomorrah by burning them to ashes, and made them an example of what is going to happen to the ungodly; 7 and if he rescued Lot, a righteous man, who was distressed by the depraved conduct of the lawless 8 (for that righteous man, living among them day after day, was tormented in his righteous soul by the lawless deeds he saw and heard)— 2 Peter 2:6-8

What is the theme of this event?  Redemption.  Lot was a righteous man!   The story is about God’s hand on those that are His at the time of judgement. They will be saved.  He will pull us by the hand and save us!

Lot is sitting at the gate of the city (where business and politics are decided) so Lot is obviously an important person in this town.  The 2 angels offered to stay in the square,  however,  Lot insists they get shelter since part of this town’s sin is sexual depravity…he is scared to leave them in public overnight! Like the French Quarter during Mardi Gras!  A Near Eastern law of hospitality says that: a host MUST not allow any harm to come upon his guests, so he makes great efforts in keeping them safe, even offering his virgin daughters.

Lot’s family is warned about God’s coming judgement and not only do they ignore him, but they think he is kidding!!  Ready to read something beautiful:

16 When he hesitated (meaning Lot), the men (meaning the angels on God’s mission) grasped his hand and the hands of his wife and of his two daughters and led them safely out of the city, for the Lord was merciful to them.

If you know this story or have already read today, after telling them NOT to look back….not at their old life, not at their belongings, not to see if they can return to their old ways, not to want for that life again…Lot’s wife looks back!!  It wasn’t THAT she looked, it was WHY she looked. 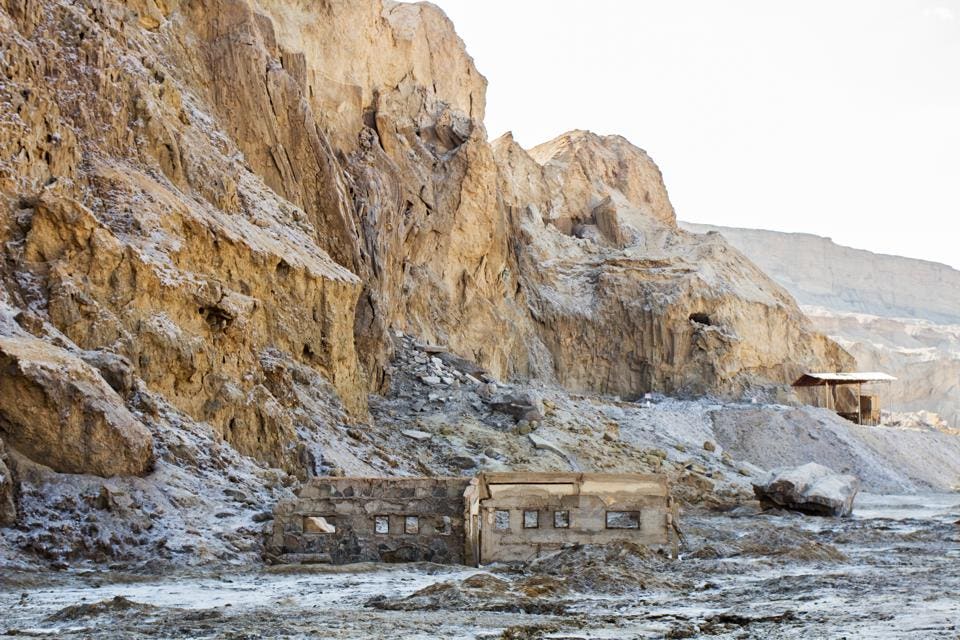 Lot’s daughters: remember we are trying to read this from a different perspective, but I won’t judge you if you gagged in your mouth.  Lot raised his daughters in an environment of sin.  Sexual immorality was so desensitized that this act of using their father to start a family was not as weird to them as it is to us.  Having descendants was so important in this time and their immoral upbringing was so corrupt that this was not (in their minds) a horrible plan.

BUT….what is the consequence!!!  The sons are Moab “by the father”, and Ben-Ammi “son of my parent” (that must make it weird at casual introductions….”Hi teacher, this is my son Moab….”         The Moabites and the Ammonites will become forever enemies of Israel.  We will encounter them 182 times in the Bible so I am glad we took the time to read their origin so it will all make sense.

Genesis 20: I know this post is too long so I am going to skip the Venn Diagram I drew comparing and contrasting Chapter 12 to 20.  So as much as I want to throw Abraham out of my window and say “Are you kidding me…AGAIN??  You just saw God take an army of thousands against your 318…you saw Him take Sodom down….you don’t think he has his hand of protection on you ALL the time….”   But then I would have to look in the mirror and say it, and that’s not fun.

Chapter 21:  Skipping to the bottom: The treaty of Beersheba- obviously I need a map!!

So Abimilek, was told in Chapter 20:7 “all that belongs to you will die”,  probably wanted to kill his men for messing with Abraham’s well!  A well is so important in these times but this well also marks the southern part of the territory God is going to hand to him in His promise.  Abimilek and the men really were afraid and would have given the well back, but Abraham makes it legit (can anyone say that word without MC Hammer in their head) by creating an “oath”.  Beersheba means “well of seven or well of oath”.

BY the way…brace yourself…I peeked at tomorrow.  Oh  My  Stars!!!