Deuteronomy 24 begins with divorce.  These scriptures are not “for” or “against” it. However, it discusses that divorce for the couple is permanent.  It is not “on/off/on” situation so the decision should not be taken lightly.

I will mention a few of the scriptures BUT I loved yesterday responding in comments because I can chase rabbits without boring anyone!  So if you read any scriptures that are confusing,  comment or text me.

I wanted to show you a visual of it because millstones are talked about again. In Job, the Leviathan was so strong it was compared to one.  A millstone will land on Gideon’s son’s head.  But the famous scripture is from Jesus: Mark 9:42

“If anyone causes one of these little ones—those who believe in me—to stumble, it would be better for them if a large millstone were hung around their neck and they were thrown into the sea.

Chapter 24 ends with God’s love towards the foreigner, the orphan, and the widow.  We leave provisions for them in our fields (not leftovers…provisions).  We will see this applied when we read the book of Ruth.

Chapter 25. Forty lashes.  At this time, lashing or flogging was a punishment where it fit the crime.  The Law stated no more than 40 lashes (over 40 might kill someone).  However, when we get to the Gospel, flogging techniques had evolved.  What started as a single whip per lash later becomes a Roman weapon known as a cat-o-nine tail.  In the New Testament, Paul says in 2 Cor. 11:24 “Five times I received at the hands of the Jews the forty lashes less one.” The Jews made laws about the laws to be careful not to break the laws, so they made it “less one” just in case they miss counted.  BUT the 40 lashes written in Deuteronomy were not the same 40 lashes Jesus took for us.  The Jews didn’t flog Jesus.  The ROMANS did!  The Romans used the cat-o-nine tail: 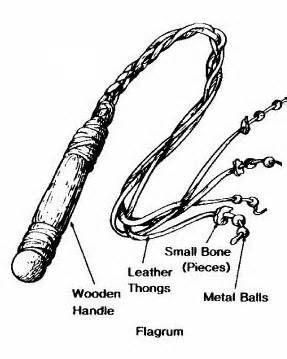 25:5 The Levirate Vow!  One of my favorite topics to teach!  If you missed the original post on this…it’s a hot mess!  Click here.  Not often do I get to talk about contraception!

25:17: Remember what the Amalekites did to you along the way when you came out of Egypt. 18 When you were weary and worn out, they met you on your journey and attacked all who were lagging behind; they had no fear of God. 19 When the Lord your God gives you rest from all the enemies around you in the land he is giving you to possess as an inheritance, you shall blot out the name of Amalek from under heaven. Do not forget!

If you cannot recall who the Amalekites were,  click here for the story.  They attacked the Israelites when they were at their weakest.

We haven’t looked at a genealogy in a long time,  so find them and see the significance. 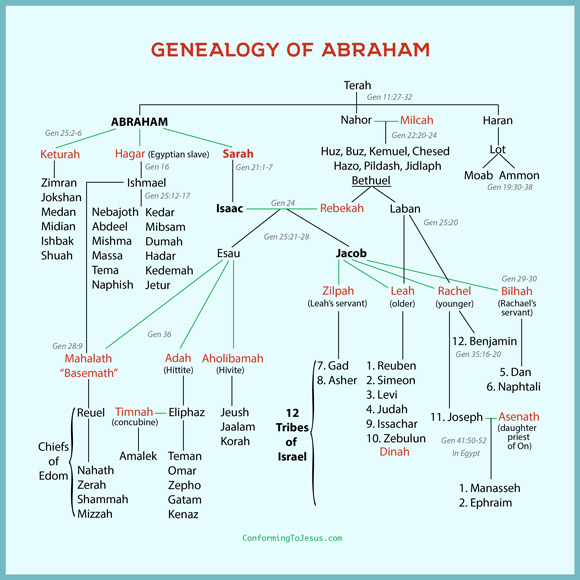 Lots of visuals needed.  Chapter 27 is about what the Israelites need to do when they enter the Land.  They will cross the Jordan River to Mt. Ebal

The End of Chapter 27 is a major scene-setter for tomorrow’s reading!  The Israelites are commanded to put 6 tribes on Mt. Gerizim, who will stand and say the blessing for obedience to everyone.  The other 6 tribes are to stand on and say the curses for disobedience from Mt. Ebal.

In the meantime, the Levites recite 12 curses.  Notice these examples are all sins that one could hide or do in secret.  Read them and make a checklist of the ones you think you can follow (if you don’t have at least 1 or 2 checked, we cannot be friends).  Then get to #12.

“Cursed is anyone who does not uphold the words of this law by carrying them out.”

Then all the people shall say, “Amen!”

The last verse covers the violation of any other command in the law.  Paul used this verse to emphasize the fact that no one can obey God perfectly (Gal. 3:10-14).

10 For all who rely on the works of the law are under a curse, as it is written: “Cursed is everyone who does not continue to do everything written in the Book of the Law.” 11 Clearly no one who relies on the law is justified before God, because “the righteous will live by faith.” 12 The law is not based on faith; on the contrary, it says, “The person who does these things will live by them.”  13 Christ redeemed us from the curse of the law by becoming a curse for us, for it is written: “Cursed is everyone who is hung on a pole.” 14 He redeemed us in order that the blessing given to Abraham might come to the Gentiles through Christ Jesus, so that by faith we might receive the promise of the Spirit.

Homework: Why were the 12 tribes split the way they were for this?