As you can see we continue to cycle.  We have read about Judges 1-5, and today we will read 6-11 all in one day. Leaving Samson for Saturday!

This post is late because I read it several times and just was struggling with comprehension this morning (I am just like my students).

We have two “minor” judges Tola and Jair raised up to save Israel.  Then we have this long story about Jephthah #8.  If it all completely made sense to you, feel free to skip the blog today.

What we are reading is not just a deterioration of the Israelites but also of the judges.  The evil the Israelites commit is clearly specified as apostasy evident in the long list of foreign gods they are worshiping as well as they have completely forsaken the Lord and no longer serve him at all.

This text is also setting up the scene for Samson and the Philistines.  However, this story grows as they move from the east side of the Jordan to now the west side.   The Lord initially refuses to save the people telling them to go cry to the gods they serve (ouch).  Instead of waiting for the Lord to raise up a Judge to deliver them, they enlist Jephthah.  Two different deals are made to convince him: making him a commander and/or making him the “head” of the people.  Unlike Gideon who shows doubts about his ability without the Lord’s help, Jephthah feels confident in himself and his band of hoodlums to get the job done.

Prior to this, we see Judges that show concern for the suffering of Israel, as the people deteriorated in their sins.  Jephthah’s motivation is self-interest.  He has a dialogue about the land with the Ammonite king.  He argues:

When preparing for war Jephthah makes a vow with the Lord:  “If you give the Ammonites into my hands,  whatever comes out of the door of my house to meet me when I return in triumph from the Ammonites will be the Lord’s, and I will sacrifice it as a burnt offering.” 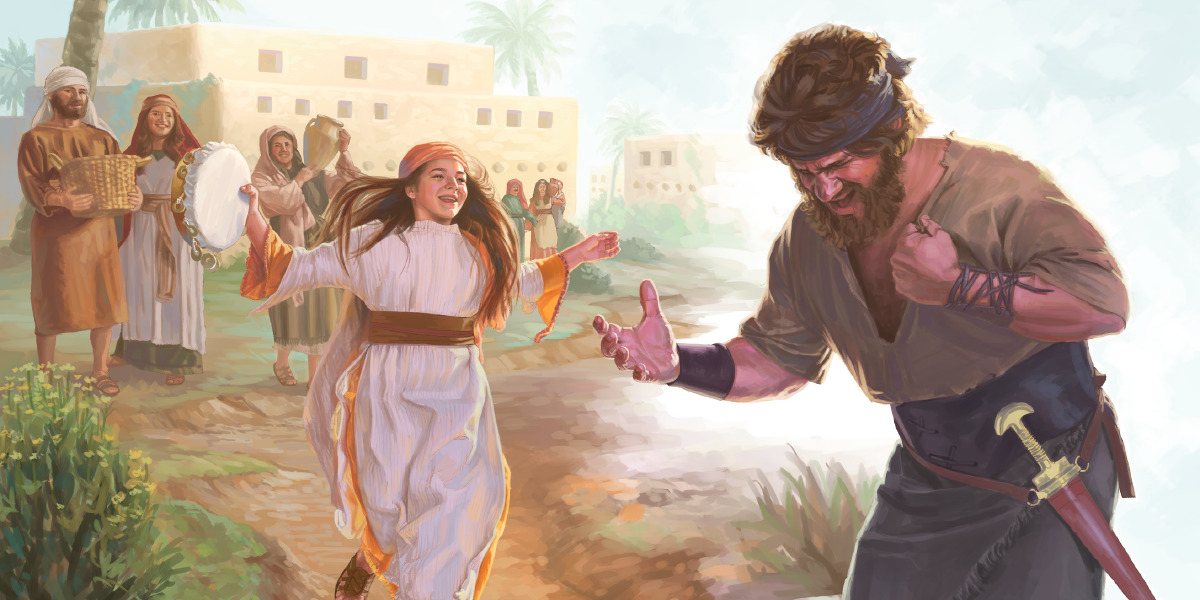 Chapter 12…Lord have Mercy!  AGAIN!!  The Ephraimites cross over the Jordan to complain like babies AFTER the battle, “why weren’t we asked to fight in your battle”.  This time threatening to burn down Jephthah’s house.  Gideon handled this diplomatically…Jephthah on the other hand, obviously not in the mood to dialogue like he had earlier with the king, calls on the Gileadtes to fight them.  They cut off their path to escape back to the other side of the Jordan and kill 42,000 Ephraimites.

If all this is confusing with all the names just remember that the Ephraimites are ISRAELITES.  The conflicts are now internal and escalating in intensity.

Jephthah led Israel six years. Then Jephthah the Gileadite died and was buried in a town in Gilead.

Three Minor Judges are then listed Ibzan, Elon, and Abdon.  If I research them later I will put my notes in comments.  Remember to print the Cheat Sheet on the Judges.  Click here.