Psalm 1: The translated word for “Blessed” here is “Happy” and “Wicked” can be translated as “Sinner”.  This Psalm stands apart from most Psalms as sort of an Epilogue to the book.  Only 3 Pslams are called “Torah” Psalms and this is one of them.  The Psalm is about our attitude toward the law.  How fitting after yesterday’s read about the Ark incident.   We spoke weeks ago about threshing the wheat: how they would throw the stalks in the air.  The useless chaff would blow away in the wind but the good part would remain.  We have 2 choices to make.  Happy Life or Sinner’s life?

Psalm 2: This is the most quoted Psalm in the New Testament=18 times!  As Psalm 1 deals with two ways that individuals may follow,
Psalm 2 deals with two ways that nations may follow. This is categorized as a “Royal Pslam” since the king “installed” refers to David however it is also a “Messianic” Psalm since it also refers to the Messiah as The King.

Psalm 15:  You have to picture the scene.  David lives in a castle and the Ark of the Covenant (a symbol of God) is out his window living in a tent.  As he gazes up in he says:

Lord, who may dwell in your sacred tent?
Who may live on your holy mountain?

(The Cross, The Crook, The Crown) 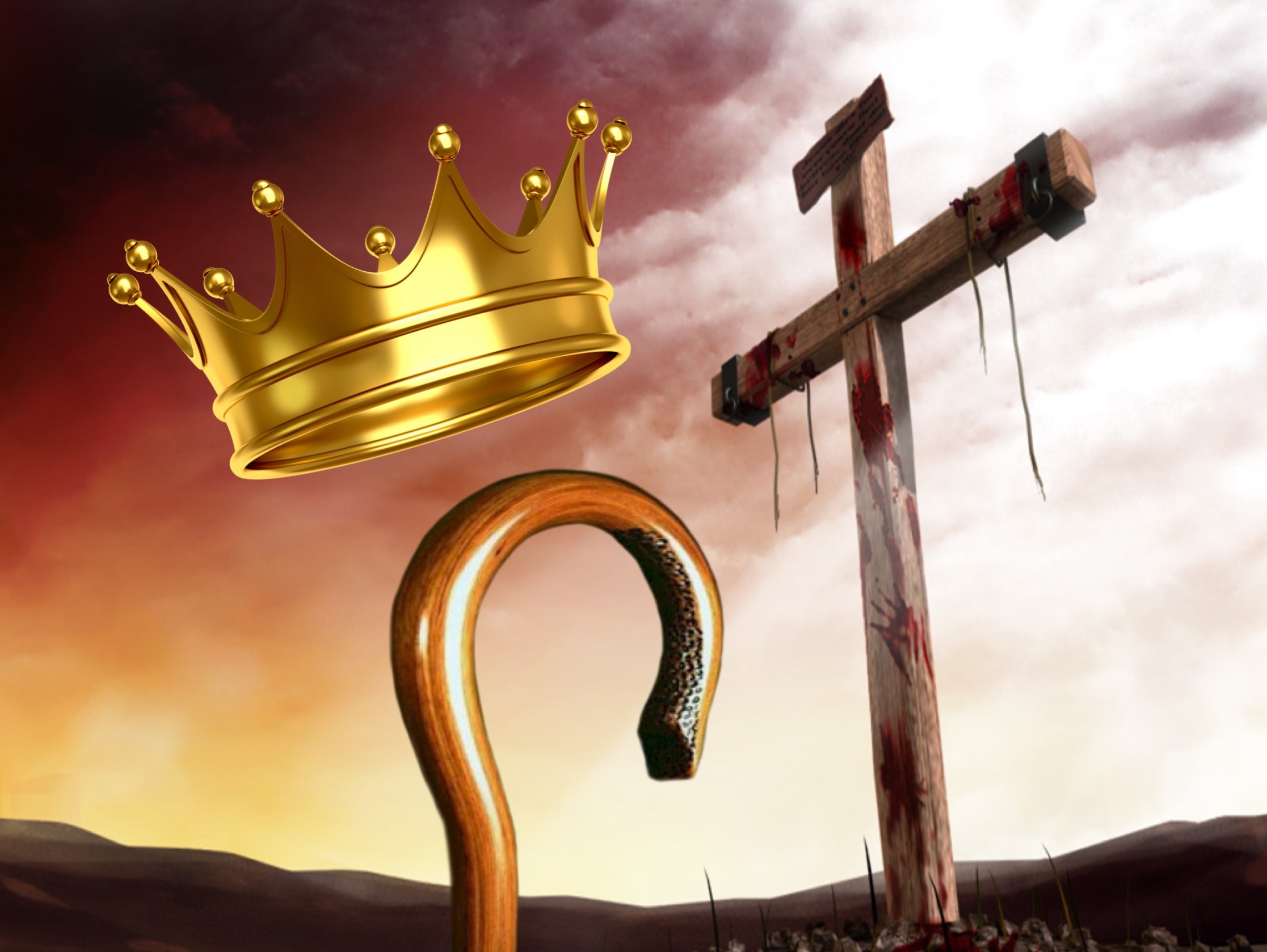 When you begin Psalm 22 (A Messianic Psalm)  I am sure many of you recognized it however if you didn’t: Jesus quoted this on the Cross.  A Psalm when you feel the Lord has abandoned you.

My God, my God, why have you forsaken me?

Read this Psalm and picture Jesus hanging on the Cross, taking on all that sin and pain, and this is the Psalm that he is whispering in his head.

Dogs surround me,
a pack of villains encircles me;
they pierce my hands and my feet.

All my bones are on display;
people stare and gloat over me.

They divide my clothes among them
and cast lots for my garment.

Then Jesus puts His trust in HIm, even though He feels deserted.  (I literally could cut and paste this whole Psalm into this)

Ending with It is finished:

They will proclaim his righteousness,
declaring to a people yet unborn:
He has done it!

Psalm 23- Familiar Psalm, especially if you have seen Pulp Fiction!  You have to read Psalm 22 to read Psalm 23, they purposely contrast each other.  P 22 maintains confidence in the Lord even though he feels abandoned and has been physically ripped apart.  P 23 is the opposite, it is about feeling his personal current protection as you walk through this world.  This is a PERSONAL Psalm.  Take note to the “me”, “my” “I”: 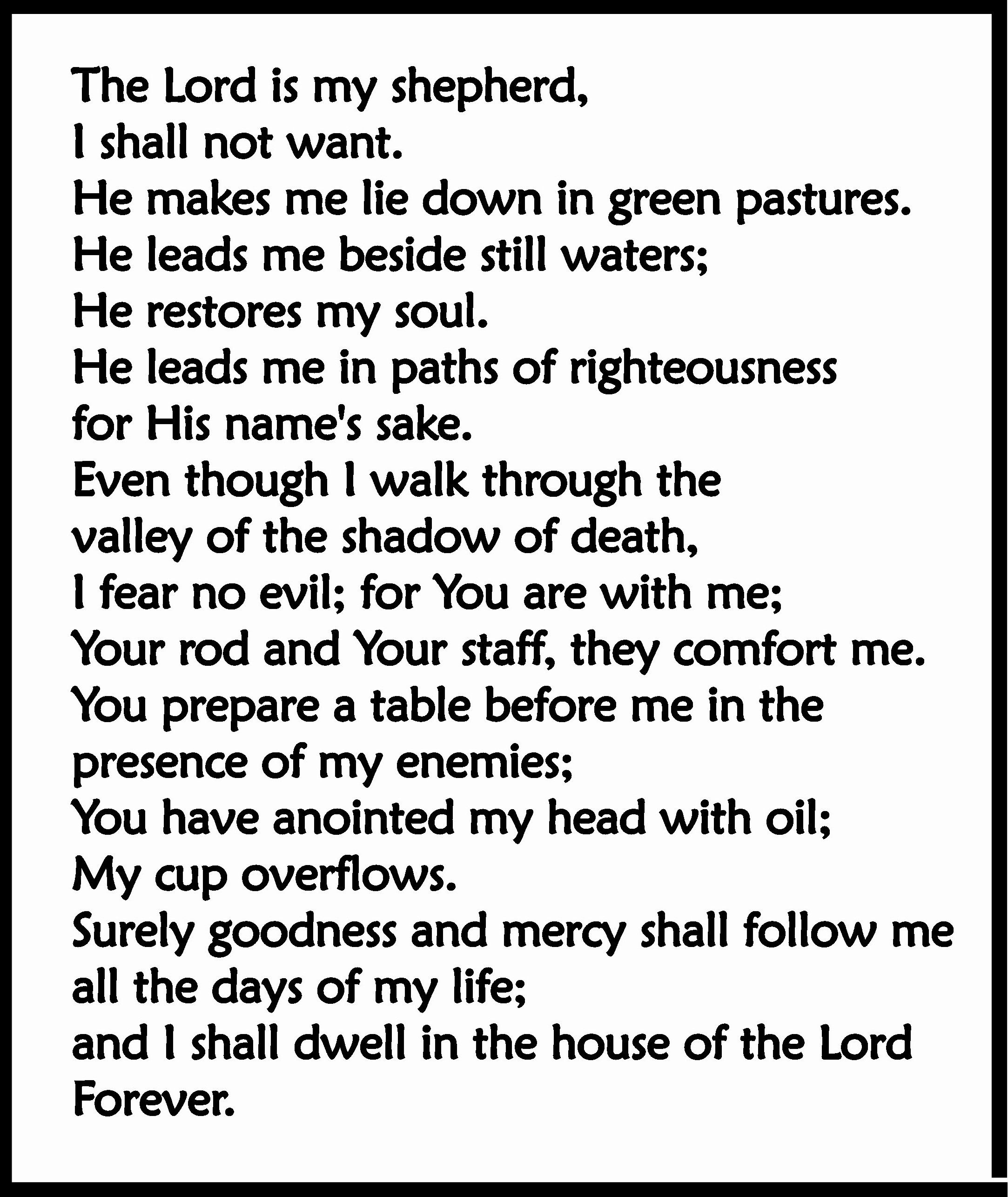 Psalm 24: Finally, the Lord as King.  We don’t know when this was written by David but it would make sense that these words many have flowed as he moved the Ark towards Jerusalem ascending up the mountain.  I read this one several times and the repeat of “The King of Glory’ made me feel like David just couldn’t get the right words to describe our God as King.  There really are no words!

Psalm 47- This is an “Enthronement” Psalm.  If you have looked on your calendar you may have seen the words “Rosh Hashana”.  The Jews use this psalm on Rosh Hashana, the Jewish New Year’s Day, and some Christians use it as part of the celebration of Ascension Day.  What is Ascension Day?  40 Days after Easter to celebrate Jesus’ ascension into heaven 40 days later.  I LOVE that some of you are like “What??  He hung around for 40 days!  I didn’t know that!”

It is a rainy day…give me something to read.  What was the verse that fell FRESH  on you this morning,  or your pen underlined, or maybe you read it twice?

I love you guys.  Have a wonderful day.  (Probably lots of typos today….It was a lot a reading)