THIS IS ONE OF MY FAVORITE READS TODAY!  I hung on every word.  Two reasons:

OK…I am pumped!  2 kings the first 8 verses only.   Hezekiah King of Judah.  (refresh: The nation that has the Davidic Covenant, the nation that will be exiled BUT a remnant of people will survive, the nation that every once in a while has a good King).

I am Team Hezekiah!!

He did what was right in the eyes of the Lord, just as his father David had done. 4 He removed the high places, smashed the sacred stones and cut down the Asherah poles. He broke into pieces the bronze snake Moses had made, for up to that time the Israelites had been burning incense to it. (It was called Nehushtan.) 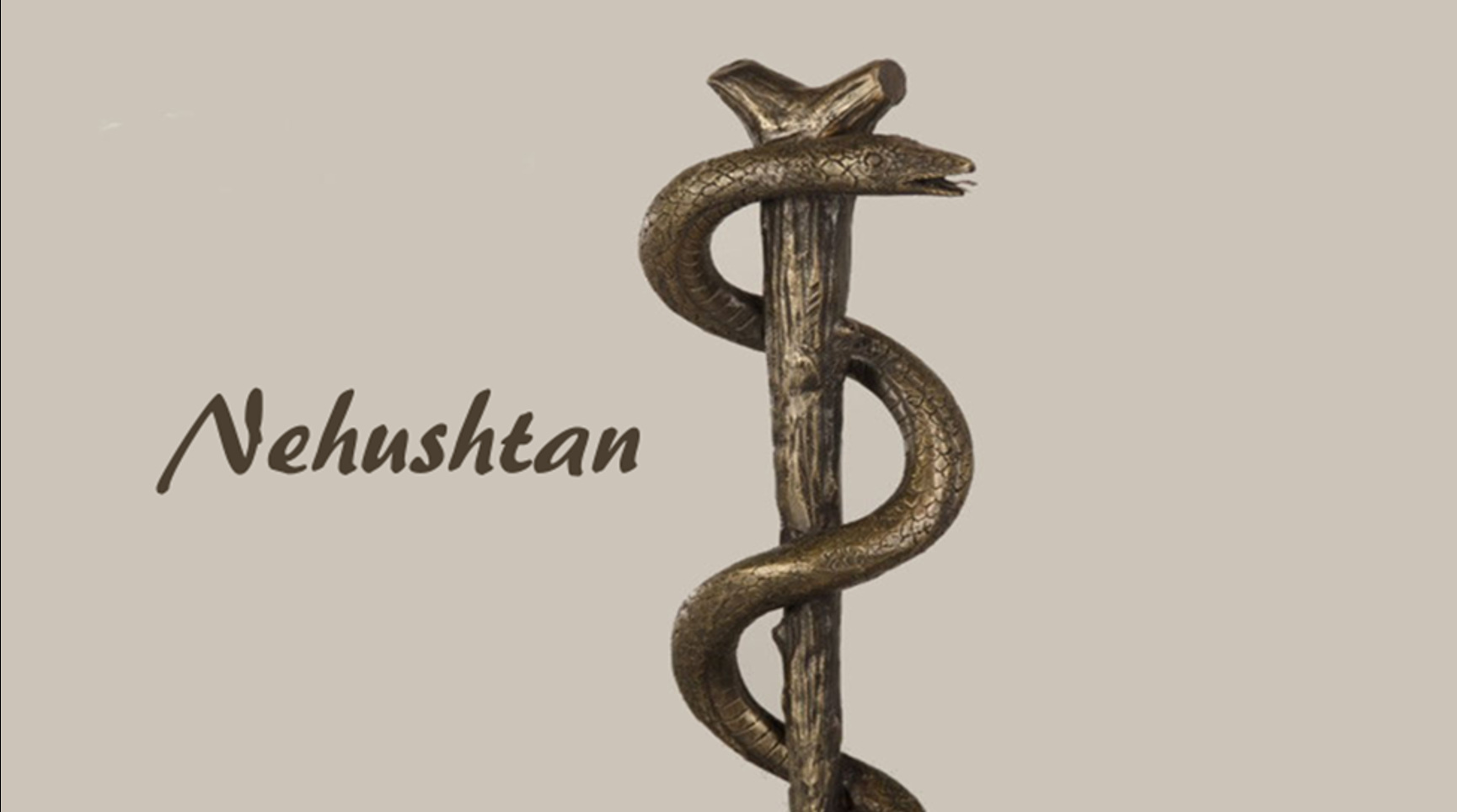 I could make a sermon out of this!  What God made for good, man made evil.  Anything that we worship, even in the “Church world” is idolatry.    (You can skip this part if you remember the story)

On March 4th (that was 136 days ago!)—wait, that was when the Pandemic started.  Oh, the irony of this story!

4 They traveled from Mount Hor along the route to the Red Sea,[c] to go around Edom. But the people grew impatient on the way; 5 they spoke against God and against Moses, and said, “Why have you brought us up out of Egypt to die in the wilderness? There is no bread! There is no water! And we detest this miserable food!”

6 Then the Lord sent venomous snakes among them; they bit the people and many Israelites died. 7 The people came to Moses and said, “We sinned when we spoke against the Lord and against you. Pray that the Lord will take the snakes away from us.” So Moses prayed for the people. 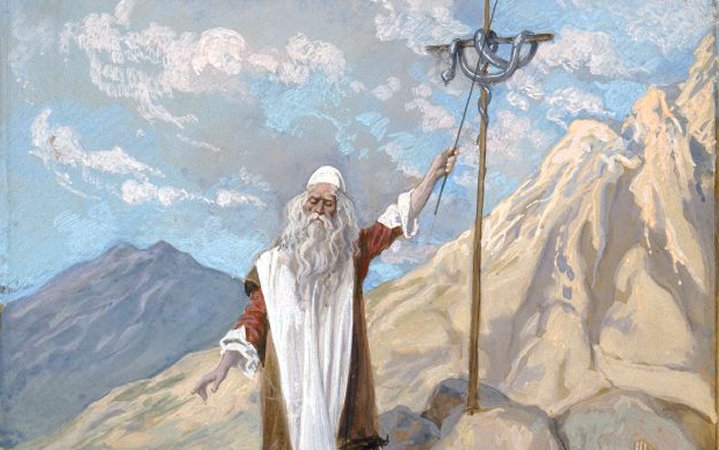 Well, who has John 3:16 memorized besides Tim Tebow?  Well what is the scripture JUST before it??

14 Just as Moses lifted up the snake in the wilderness, so the Son of Man must be lifted up,15 that everyone who believes may have eternal life in him.”

16 For God so loved the world that he gave his one and only Son, that whoever believes in him shall not perish but have eternal life. 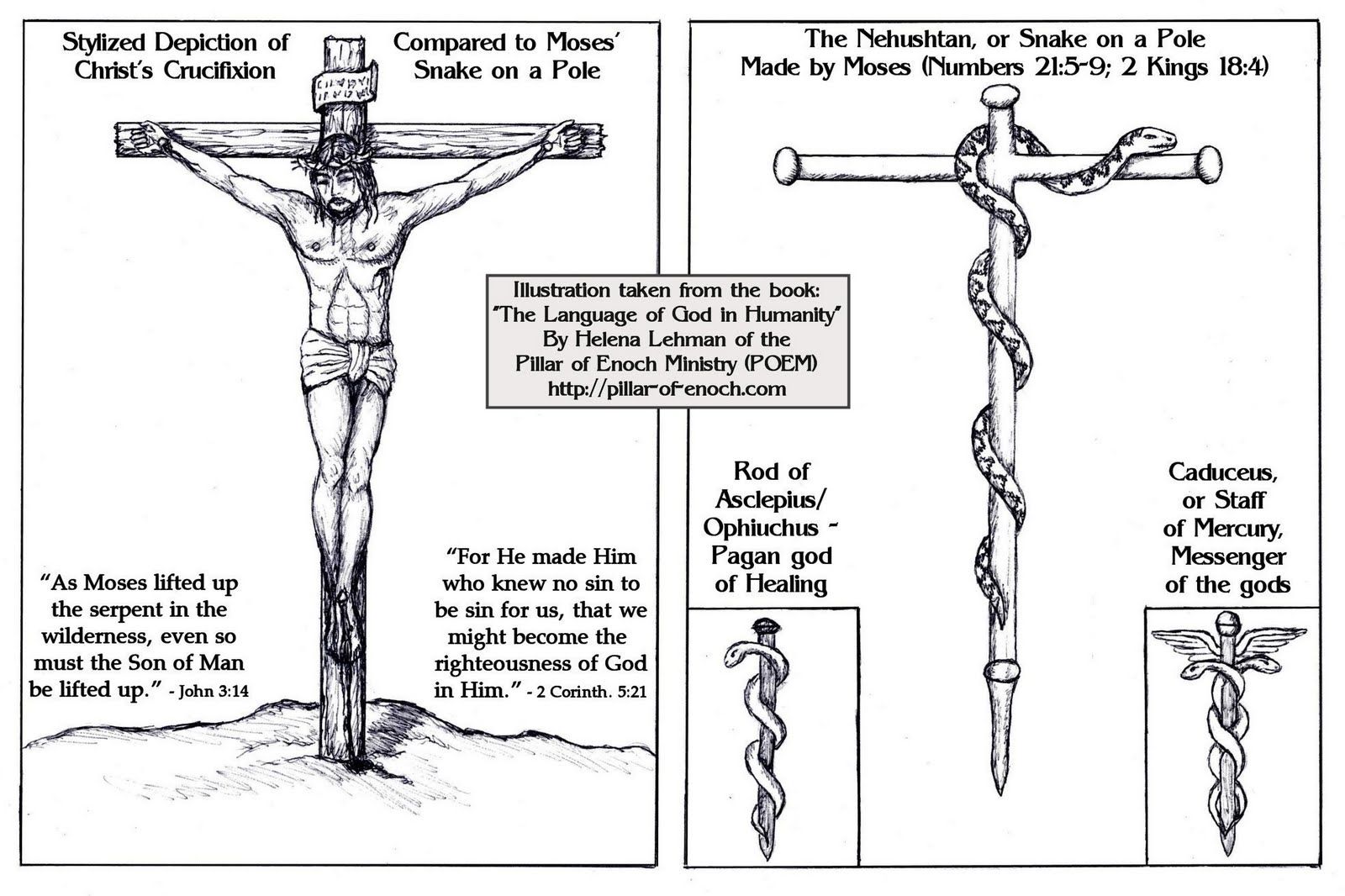 What was a beautul foreshadow of healing through FAITH became an act of idolatrous worship.  And YES every time I see an ambulance I am reminded to PRAY for Healing through my Faith (even though the copied symbol is from Greek mythology, Asclepius, the god of medicine and healing)

Sorry, I fell down a rabbit hole on that.

2 Chronicles 29- Same story…a lot more words.  Why?  Who wrote it?  (Yes I know God wrote it silly) I mean who did God use to write it?  Ezra.  Ezra was a priest, and the Chronicles were written for the remnant people that return after the captivity to rebuild the Temple.  So look for all the beautiful details in this chapter:

So the service of the temple of the Lord was reestablished. 36 Hezekiah and all the people rejoiced at what God had brought about for his people, because it was done so quickly.

It feels like we have read 1000 names in the Bible.  Who are the 12 tribes again?  Who are the enemies?  Who are the Kings?.  When you read the Passover and who is being invited to celebrate God’s deliverance from Egypt, here is a reminder of who The Tribes of Israel are:

18 Although most of the many people who came from Ephraim, Manasseh, Issachar and Zebulun had not purified themselves, yet they ate the Passover, contrary to what was written. But Hezekiah prayed for them, saying, “May the Lord, who is good, pardon everyone 19 who sets their heart on seeking God—the Lord, the God of their ancestors—even if they are not clean according to the rules of the sanctuary.” 20 And the Lord heard Hezekiah and healed the people.

chapter 31-  Read the ABOVE IN BLUE and then read this.  I could write a book on this topic (I won’t, I promise).  I actually started writing quite a bit BUT it may have translated wrong (my biggest fear) so I deleted it.  Maybe I will try again in the comments.

When all this had ended, the Israelites who were there went out to the towns of Judah, smashed the sacred stones and cut down the Asherah poles. They destroyed the high places and the altars throughout Judah and Benjamin and in Ephraim and Manasseh. After they had destroyed all of them, the Israelites returned to their own towns and to their own property.

The chapter ends with:

20 This is what Hezekiah did throughout Judah, doing what was good and right and faithful before the Lord his God. 21 In everything that he undertook in the service of God’s temple and in obedience to the law and the commands, he sought his God and worked wholeheartedly. And so he prospered.

Can 1 person make a difference??

A perfect ending for a Sunday Morning.  Finally, the Sons of Kora write this to be sung in the Temple:  Click here for Psalm 48.