Timeline of where we are:

Look at the blue line.  Daniel was taken into the Babylonian Captivity by Nebuchadnezzar in 605 BC.

When Babylon invaded Judah, Nebuchadnezzar and his army took some noble captives to Babylon, including Daniel, plus some of the vessels from the Temple. This was the first of Judah’s three deportations (eviction notices) which the Babylonians took groups of Judahites to Babylon(All this is orchestrated by the Lord himself).

The king of Judah at that time was Jehoiakim. Jehoiakim’s son Jehoiachin  succeeded him in 598 B.C. Jehoiachin reigned only three months and 10 days. Nebuchadnezzar invaded Judah again. At the turn of the year, in 597 B.C., he took Jehoiachin to Babylon, along with most of Judah’s remaining leaders, including Ezekiel, and the rest of the national treasures.

A third and final deportation took place approximately 11 years later, in 586 B.C. Jehoiakim’s younger brother Mattaniah,  Nebuchadnezzar changed his name to Zedekiah, was then Judah’s “puppet king”. He rebelled against Babylon’s leadership by secretly making a treaty with Egypt.

After an 18-month siege, Jerusalem fell. Nebuchadnezzar returned to Jerusalem, burned the temple, broke down the city walls, and took the remaining people to Babylon. He took Zedekiah as a prisoner to Babylon, then executed his sons, and put out his eyes before killing him too. 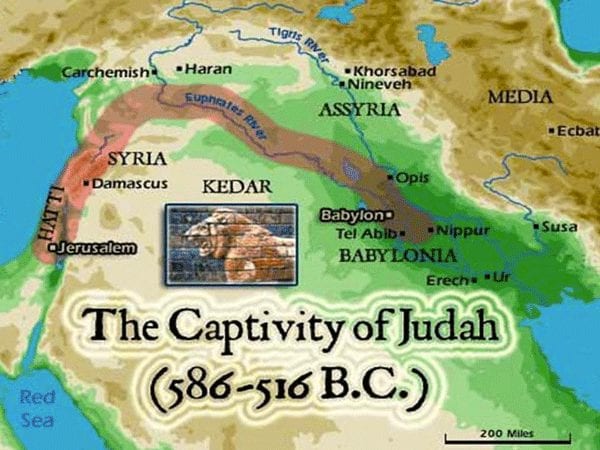 The theme of this book is: ‘God is Sovereign’.  But what does that mean?  I struggle with “Christianese” words that we let roll off our tongue without really knowing what we are saying.  We have read about Pharaohs, Judges, Kings, and Rulers.   I looked up Sovereign in the Dictionary: it is not a ‘characteristic or an adjective…it is a noun.

a monarch; a king, queen, or other supreme ruler.
a person who has supreme power or authority.

Even thought both Israel and Judah fell to enemy nations, the book of Daniel makes it crystal clear that the Lord remains absolutely sovereign over human, nature, and the world itself. This book will give us Peace in the present day regardless of the political and religious circumstances we see or hear today.

Daniel is an apocalyptic book and an eschatological  book.  Eschatology refers to End Times or things to come, Apocalyptic refers to final judgement.

The book is divided it into two parts: history (ch. 1—6), and prophecy (ch. 7—12).  Chronologically, this book will recall the present, to the near future, and to the far future.  Lots of cool visuals will be posted, so you will get this!   It’s WILD!  Some have said that this book is so accurate that it had to be written after events as a history lesson.  Really??  Well, God blew that theory out of the water when the Dead Sea Scrolls were found and the book of Daniel was included in it! Ha! Take that!

Before today, if I said Daniel-many would say “Sure, the lion’s den guy”. 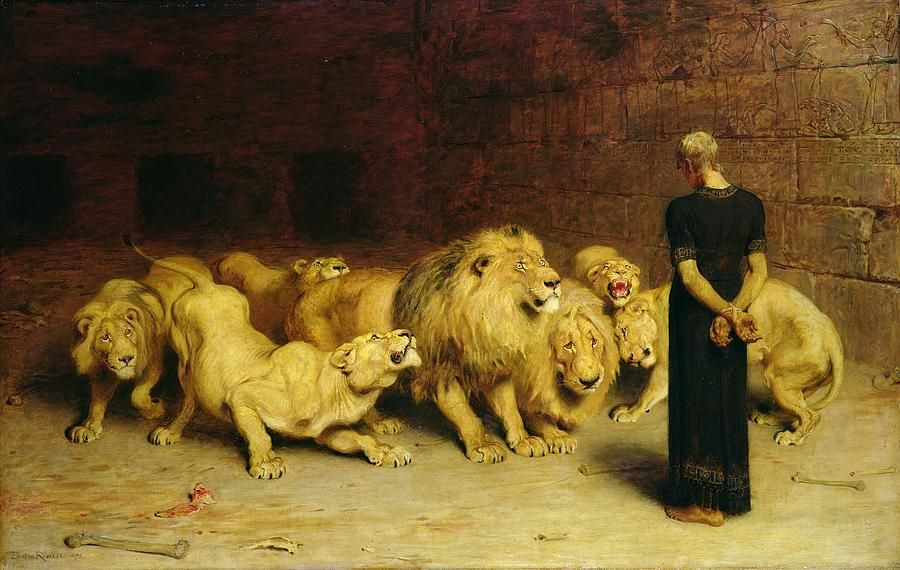 That is chapter 6.  What about the other 11 chapters??

Feel free to read ahead. 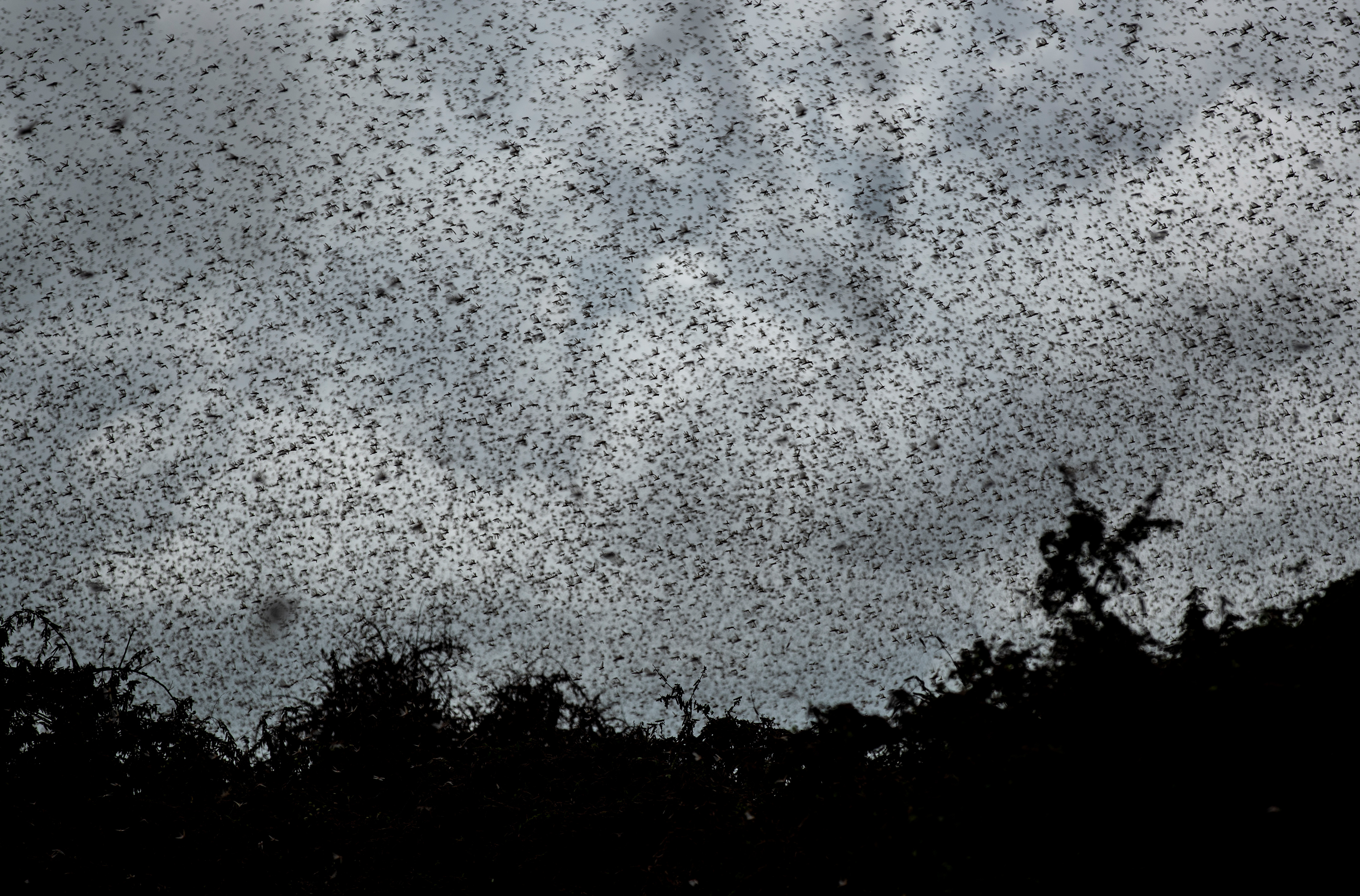 Joel used the description of locusts to  describe the devastation of the nation.  Perhaps the connection was a literal military invasion by Judah’s enemies and the destruction of the food supply preparing the analogy in chapter 2.

Following the army of locusts is a drought, which we know from books like Judges or Isaiah is a message that the Lord is bringing this judgement.  After that fire comes.  Everything has experienced God’s judgment: the people, the animals, and the land.

15 Alas for that day!
For the day of the Lord is near;
it will come like destruction from the Almighty

Blow the trumpet in Zion;
sound the alarm on my holy hill.

The trumpet all throughout the Old Testament is a warning sign that the Lord is coming! It is called a ‘shofar’, made usually from a ram’s horn.  It is a call to assemble!  It signifies strength and victory…also used to usher in a King! (now all the cartoons make sense when the king comes they blow horns and say “hear ye hear ye”.  We can now start to put together many images we have read throughout the Bible from these past months:

The moving of The Ark of the Covenant:

The walls of Jericho falling: 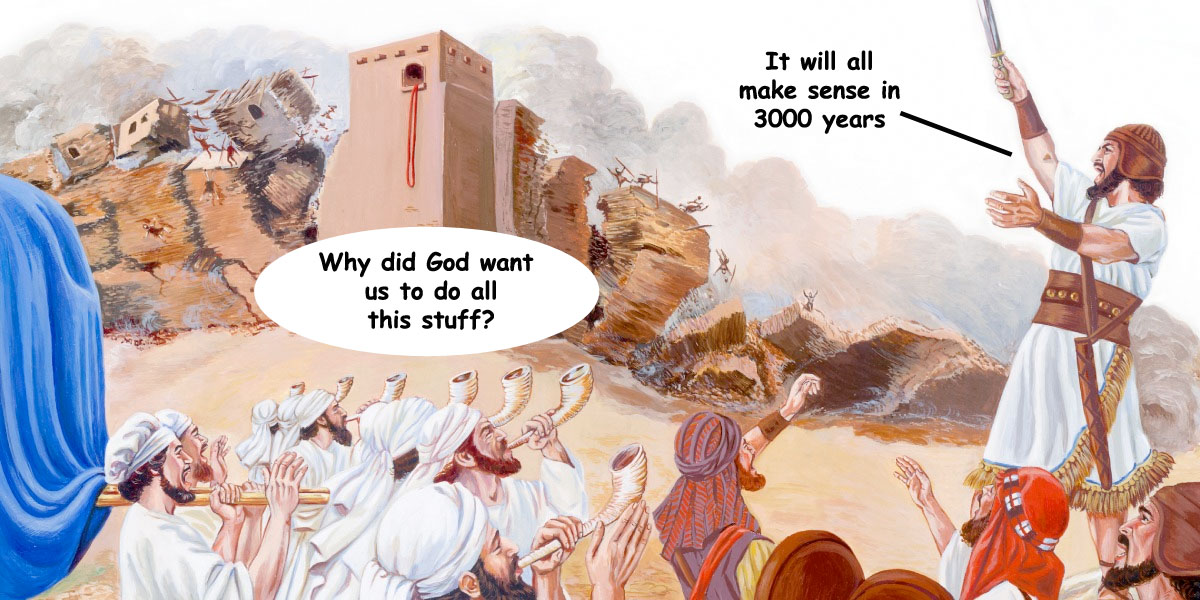 There are 7 Feasts (4 already fulfilled): the next one to occur for us is called the Feast of Trumpets which will usher in the Second Coming. (Pssst, if you hear it and you are still here…it is going to be a tough 7 years for you!)

10 Before them the earth shakes,
the heavens tremble,
the sun and moon are darkened,
and the stars no longer shine.
11 The Lord thunders
at the head of his army;
his forces are beyond number,
and mighty is the army that obeys his command.
The day of the Lord is great;
it is dreadful.
Who can endure it?

(Did anyone read Revelation? By the way I woke up in the thunder storm this morning and panicked…this is it…why am I still here)

My favorite part of today’s read is: Rend your heart. ❤  We know that an Old Testament symbol of grieving and loss is to tear their garments.  We have seen that with Ruben when he realized Joseph was sold into slavery, Jacob tore his robe when he thought Joseph was killed,  David tore his clothes when Saul and Jonathon were killed, even Job and Jeremiah shredded some clothes in their lifetime.  BUT in a call to true repentance God says: REND your heart!.  Repentance is not just an outward change, but one of the heart.  When I was seeking the Lord, Rachel told me it was not just “changing” what I do, it was agreeing with God that it was a sin.  “I desire Mercy, not sacrifice”.

12 “Even now,” declares the Lord,
“return to me with all your heart,
with fasting and weeping and mourning.”

13 Rend your heart
and not your garments.
Return to the Lord your God,
for he is gracious and compassionate,
slow to anger and abounding in love,
and he relents from sending calamity.
14 Who knows? He may turn and relent
and leave behind a blessing—
grain offerings and drink offerings
for the Lord your God.

How he LOVES us!  He never gives up on us!

The other day we talked about the WHY.  Why does God do what he does? Why does be chase us for repentance? FOR HIS NAMES SAKE!   Everything He does will be for His Glory.  He shows the world He is a promise keeper.

Why should they say among the peoples,
‘Where is their God?’”

(How ironic that I said this 19 years ago this week as I watched 9/11 happen.  I actually said out loud “Where is their God now”?  That was when God said: “Ok, enough of that Patricia…I am moving your butt to the Bible Belt!” And that my friends is how a Jersey girl got to Nashville!  For HIS name’s sake…not mine.

Verse 2:18-27 The Lord speaks of his Restoration.  He calls the land, the animals, the vegetation, and the people to rejoice in the Lord’s restoration.

I want to quickly go back to the beginning of this book:

It is not ‘our’ Testimony…it is His Testimony in Us.

Chapter 2:28-32 is clearly 2 future events:The ascension of Christ and His Return.  Fifty days after the Resurrection of Jesus, He will ascend into Heaven, but He will not leave us.  He will pour His Holy Spirit on all the people.  We call it Pentecost.

Joel: The Day of the Lord

28 “And afterward,
I will pour out my Spirit on all people.
Your sons and daughters will prophesy,
your old men will dream dreams,
your young men will see visions.
29 Even on my servants, both men and women,
I will pour out my Spirit in those days.
30 I will show wonders in the heavens
and on the earth,
blood and fire and billows of smoke.
31 The sun will be turned to darkness
and the moon to blood
before the coming of the great and dreadful day of the Lord.
32 And everyone who calls
on the name of the Lord will be saved;
for on Mount Zion and in Jerusalem
there will be deliverance,
as the Lord has said,
even among the survivors
whom the Lord calls.

We see both “newscasters” talking at one (I hate when they do that).   We see The day of the Lord as Jesus coming AND His second coming in the above scripture.

In Acts Chapter 2 it says:

2 When the day of Pentecost came, they were all together in one place. 2 Suddenly a sound like the blowing of a violent wind came from heaven and filled the whole house where they were sitting. 3 They saw what seemed to be tongues of fire that separated and came to rest on each of them. 4 All of them were filled with the Holy Spirit and began to speak in other tongues as the Spirit enabled them.

(Everyone thought they were drunk!)

4 Then Peter stood up with the Eleven, raised his voice and addressed the crowd: “Fellow Jews and all of you who live in Jerusalem, let me explain this to you; listen carefully to what I say. 15 These people are not drunk, as you suppose. It’s only nine in the morning! 16 No, this is what was spoken by the prophet Joel: (same as above)

17 “‘In the last days, God says,
I will pour out my Spirit on all people.
Your sons and daughters will prophesy,
your young men will see visions,
your old men will dream dreams.
18 Even on my servants, both men and women,
I will pour out my Spirit in those days,
and they will prophesy.
19 I will show wonders in the heavens above
and signs on the earth below,
blood and fire and billows of smoke.
20 The sun will be turned to darkness
and the moon to blood
before the coming of the great and glorious day of the Lord.
21 And everyone who calls
on the name of the Lord will be saved.’

If you want to read the whole chapter in Acts click here.

Chapter 3- Do you remember we talked about Threshing floors a few times.  The Lord made reference to harvesting wheat.  His people will be divided: the wheat from the chaff.  One of our coolest reads was when we realized The Temple itself was built on an actual Threshing floor.  At Harvest, the harvester would use a sickle to chop down the wheat.  The chaff WILL be discarded and the WHEAT will be saved.  Let the enemies gather and march to fight, there will come a day “The day of the Lord” where final judgement will come to them.

“Let the nations be roused;

let them advance into the Valley of Jehoshaphat,
for there I will sit
to judge all the nations on every side.
13 Swing the sickle,
for the harvest is ripe.
Come, trample the grapes,
for the winepress is full
and the vats overflow—
so great is their wickedness!”

Harvesting the Earth and Trampling the Winepress

14 I looked, and there before me was a white cloud, and seated on the cloud was one like a son of man with a crown of gold on his head and a sharp sickle in his hand. 15 Then another angel came out of the temple and called in a loud voice to him who was sitting on the cloud, “Take your sickle and reap, because the time to reap has come, for the harvest of the earth is ripe.” 16 So he who was seated on the cloud swung his sickle over the earth, and the earth was harvested.

It’s not about the wrath, it is about the refuge for His people.  ❤  I told you Minor Prophets have a Major Message!