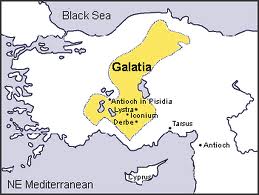 I hope some of these towns are familiar to you from last week as Paul went through them in the First Mission Trip.  When he left the Judaizers came through adding to his message.  Is this a big deal?

In the temple, a veil separated the Holy of Holies—the earthly dwelling place of God’s presence—from the rest of the temple where men dwelt. This signified that man was separated from God by sin. Only the high priest was permitted to pass beyond this veil once each year to enter into God’s presence for all of Israel and make atonement for their sins.

In the Gospel, when Jesus gave up His Spirit, the first thing the Lord did for us was tearing the veil that separated people from the Lord.  The tearing of the veil at the moment of Jesus’ death symbolized that His sacrifice, the shedding of His own blood, was a sufficient atonement for sins. 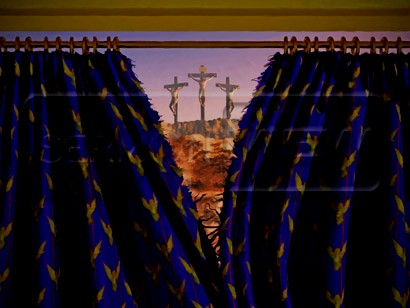 If we add works, we are saying His sacrifice was NOT enough.  So the answer is YES, it is a big deal.  Adding works TO BE a Christian is like sewing up the veil.

The churches in Galatia were both Jewish and Gentile converts. Paul’s purpose in writing to these churches was to confirm them in their faith alone, apart from the works of the Law of Moses.

Galatians Epistle was written because the churches of that region were facing a theological crisis. A message that by faith rather than by human works was being denied by the Judaizers. Specifically,  the Judaizers insisted on circumcision as a requirement for Gentiles who wished to be saved. In other words, convert to Judaism first, and then you are eligible to become a Christian. When Paul learned that this was being taught to the Galatian churches, he wrote a letter (epistle) to them.

Wait till you hear the tone Paul takes in this letter.  This is a serious topic- and his tone will be too!