I am getting some thoughts together for our last 4 days…Revelation. I cannot wait to unpack this so that you can see this is NOT a hard book.  I will provide visuals and printables (if you choose) to help.  Here is my first “prep” post.

The timing of the rapture in relation to the tribulation is one of the most controversial issues in the church today. The three primary views are: 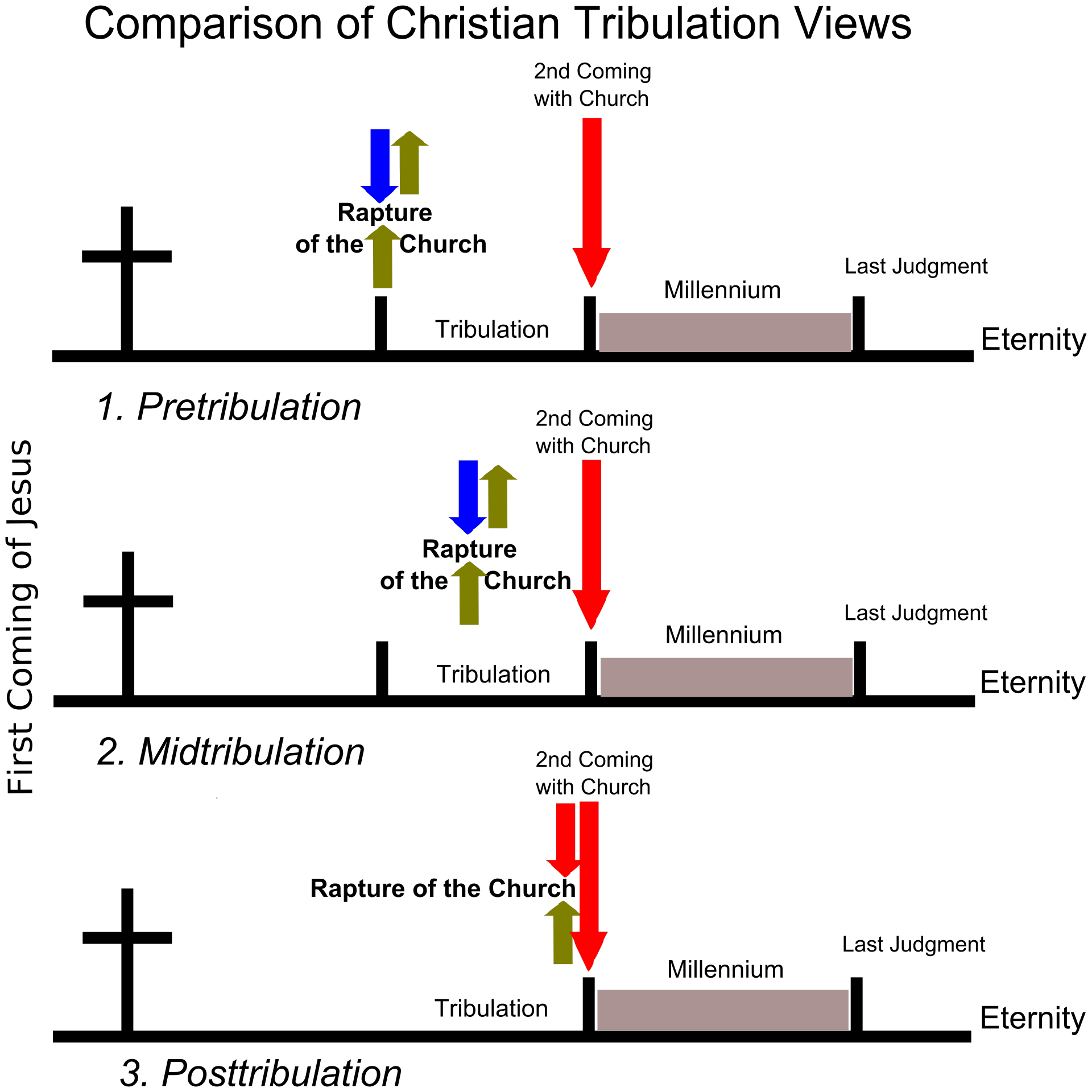 The rapture and the second coming of Christ are often confused. Sometimes it is difficult to determine whether a scripture verse is referring to the rapture or the second coming. However, in studying end-times Bible prophecy, it is very important to differentiate between the two.

1 Thessalonians 4:  14 For we believe that Jesus died and rose again, and so we believe that God will bring with Jesus those who have fallen asleep in him. 15 According to the Lord’s word, we tell you that we who are still alive, who are left until the coming of the Lord, will certainly not precede those who have fallen asleep. 16 For the Lord himself will come down from heaven, with a loud command, with the voice of the archangel and with the trumpet call of God, and the dead in Christ will rise first. 17 After that, we who are still alive and are left will be caught up together with them in the clouds to meet the Lord in the air. And so we will be with the Lord forever. 18 Therefore encourage one another with these words.

It states that all living believers, along with all believers who have died, will meet the Lord Jesus in the air and will be with Him forever. The rapture is God’s removal of His people from the earth.

A few verses later, in 1 Thessalonians 5:9, Paul says,9 For God did not appoint us to suffer wrath but to receive salvation through our Lord Jesus Christ. 10 He died for us so that, whether we are awake or asleep, we may live together with him. 11 Therefore encourage one another and build each other up, just as in fact you are doing.

Revelation 3 is a confirmation of the rapturing of believers:10 Since you have kept my command to endure patiently, I will also keep you from the hour of trial that is going to come on the whole world to test the inhabitants of the earth.

The important differences between the rapture and second coming are as follows:

Make sure you are ready for the rapture. Believe in Him, and you will not perish. The Lord knows who are His, and He will leave none of them behind.